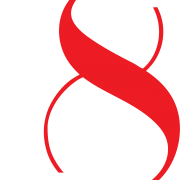 Different from traditional perfume-based odour removal products, LUKY8’s biodegradable formula safely captures cannabis odour molecules and breaks them down to eliminate the smell entirely from the air or on clothes, while leaving behind a pleasant scent.

“LUKY8 has been available at all Cannabis NB stores for a few months now and the sales have far exceeded our expectations,” explained Luc Jalbert, co-founder of Prelam. “The entire production process, from research and development through to product design and manufacturing, are completed in-house at our Moncton facility. We are very excited about this partnership with a company as significant as Zenabis. This will help us expand our distribution networks and replicate the success LUKY8 has found in New Brunswick on a national scale.”

The Company believes that this agreement will help solidify LUKY8’s leading position in the market of odour elimination products for cannabis.

“Prelam offers a range of odour elimination products that have proven to be both effective and pleasant,” commented David Lluncor, Chief Revenue Officer of Zenabis. “The LUKY8 brand of odour eliminating sprays and candles offer consumers a more discreet way of enjoying combustible cannabis products and are a perfect complement to Zenabis’ dried cannabis portfolio. As Zenabis continues to deepen its retail cannabis distribution channels across the country, we look forward to growing both of our businesses through this partnership.”

Founded in 1999 by Luc Jalbert and Don Goguen, Prelam Enterprises is a Canadian company that specializes in the manufacturing and exporting of high-quality air-care and innovative malodor control products. The Moncton headquarters houses a chemistry lab, design team and bottling facility where products are manufactured and distributed globally. More information can be found by consulting the Company’s website (www.prelam.com).

Zenabis is a significant Canadian licensed cannabis cultivator of medical and recreational cannabis, and a propagator and cultivator of floral and vegetable products. Zenabis employs staff coast-to-coast, across facilities in Atholville, New Brunswick; Delta, Aldergrove, Pitt Meadows and Langley, British Columbia; and Stellarton, Nova Scotia. In addition to gaining technologically advanced knowledge of plant propagation, the recent addition of state-of-the-art greenhouses in Langley, Pitt Meadows and Aldergrove provides Zenabis with 3.5 million square feet of facility space that can, if fully converted, be dedicated to cannabis production.

If all facility space at Zenabis Atholville, Zenabis Stellarton and Zenabis Langley is fully converted and dedicated to production, Zenabis will own, and have access to 635,000 square feet of high quality indoor cannabis production space, as well as 2.1 million square feet of greenhouse cannabis production space at its Langley facility, with this production strategically positioned on Canada’s coasts. Zenabis expects these facilities to have an annual design capacity of 143,200 kg of dried cannabis under its existing capital plan. These facilities, if fully built out and converted for cannabis production, would have an annual design capacity to yield approximately 490,800 kg of dried cannabis annually, for both national and international market distribution. An additional 700,000 square feet of greenhouse space will be used to continue the existing propagation business and produce industrial hemp, and can be converted to cannabis production at such a time that is beneficial to the strategic position of Zenabis. The Zenabis brand name is used in the cannabis medical market, while the Namaste and Blazery brand names are used in the cannabis adult-use recreational market, and the True Büch brand name is used for Zenabis’ kombucha products.

PRELAM wants to help adults to consume with dignity, without any intrusive odours

Moncton (N.B.), October 11, 2018 – PRELAM, a business from New Brunswick specialising in odour elimination, wants to help adults to consume their cannabis with dignity and without any intrusive odours. Located in Moncton, PRELAM will launch a new, innovative product, the LUKY8: a cannabis odour eliminator. The LUKY8 spray, an environmentally friendly product, will be on sale from 17 October 2018, the official date for cannabis legalisation in Canada. It will be available for purchase at prelam.com .

Unlike other odour elimination sprays that are usually found on the market, LUKY8 doesn’t just mask the odour, it eliminates it. It envelops and then destroys the cannabis molecule. All that remains in the atmosphere is a pleasant, slightly fruity scent.

“We are reaching out to adults who want to make an informed and considered decision to consume cannabis responsibly. We offer them a way to ensure a positive experience without being inhibited by the inconvenience of annoying residual odours”, explains Luc Jalbert, co-founder of PRELAM. He believes that the business, which has already proved itself with Just’a Drop – a toilet odour elimination product on sale worldwide – is in an ideal position to launch itself into an expanding market of products resulting from the legalisation of cannabis.

“The elimination and control of unpleasant odours is our strength and our specialty. We are certainly not lacking in boldness and imagination in this area. We are creating a product here that can be distributed all over the country,” declares Mr. Jalbert, who indicates that LUKY8 will be the first of its kind, as there are no other products like it on the market.

How does LUKY8 work?

All you have to do is spray the air around you, your clothes, or the furniture after consuming. LUKY8 acts quickly and poses no danger to pets. It can be bought in the 220ml format, or the pocket-sized 4ml format. The research, design and manufacturing of LUKY8 take place in Moncton, New Brunswick.

Soon to be on sale everywhere

PRELAM is undertaking discussions to ensure that LUKY8 is on sale with official cannabis retailers all over Canada as well as in various tobacco shops that sell accessories for the use of cannabis, and in large retail chains. The business also plans to offer the sale of individually labelled products to certain distributors.

PRELAM was founded in 1999 by Luc Jalbert and Don Goguen and specialises in air fresheners. It is recognized for its innovative products for the control and elimination of all kinds of unpleasant odours. More information can be found by consulting their website (www.prelam.com).